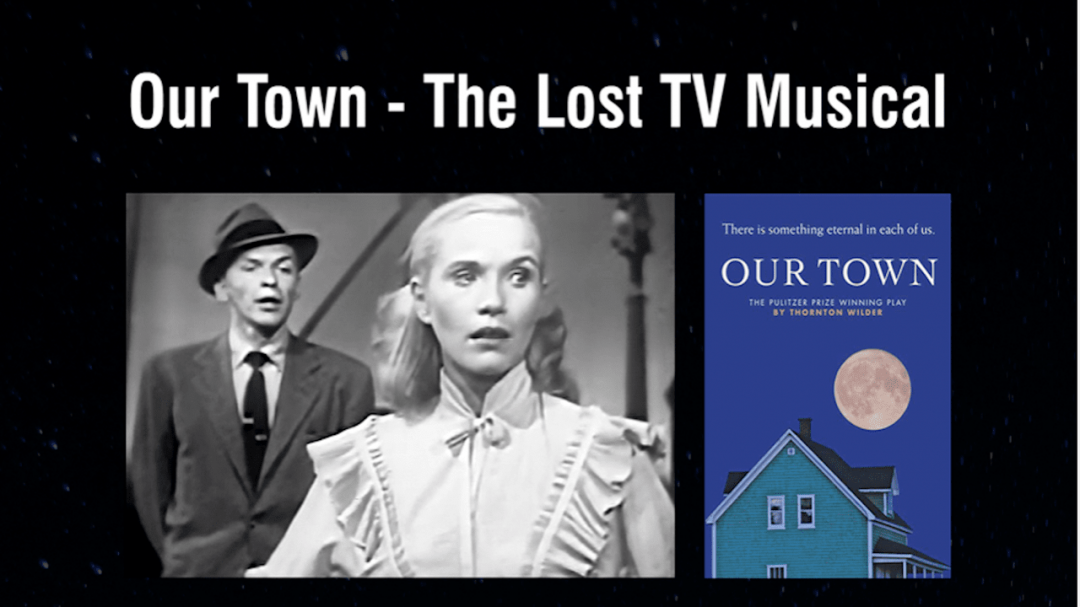 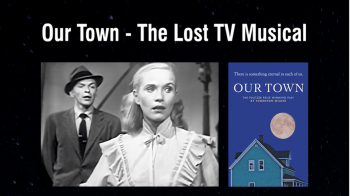 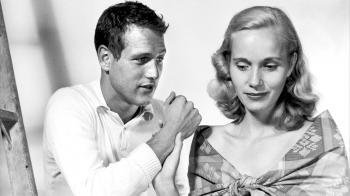 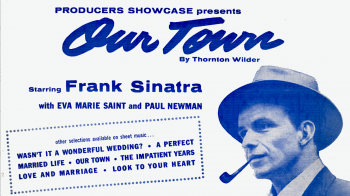 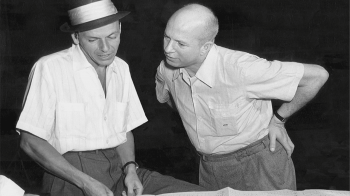 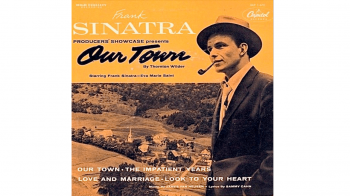 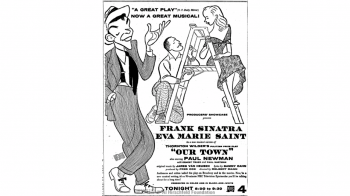 The 1955 NBC TV telecast, a one-time TV event, featured an all-star cast and production team in a musical adaptation of Thornton Wilder’s Pulitzer Prize-winning American classic Our Town.  This newly restored, rarely seen gem from the legendary era of early live television will be screened, along with commentary about the landmark production.

In the leading role, Frank Sinatra premiered original songs for the telecast that included "Look to Your Heart", "The Impatient Years", and the future all-time popular standard "Love and Marriage", which earned an Emmy Award for composer Jimmy Van Heusen and lyricist Sammy Cahn – still the only ever awarded for a song from a television program. Directed by the Oscar-winning Delbert Mann in the days when major theatrical works were staged weekly on live TV, tens of millions tuned in to watch the young Paul Newman and Eva Marie Saint in Thornton Wilder’s timeless, magical play. The New York Times called the production “fascinating and magnificent,” while Variety singled out Ms. Saint for her performance as “stunning. “

The telecast and a short film about the remarkable television event will be introduced by filmmaker Jim Burns, and following the screening a panel discussion with Executive Producer, Brook Babcock and special guest.