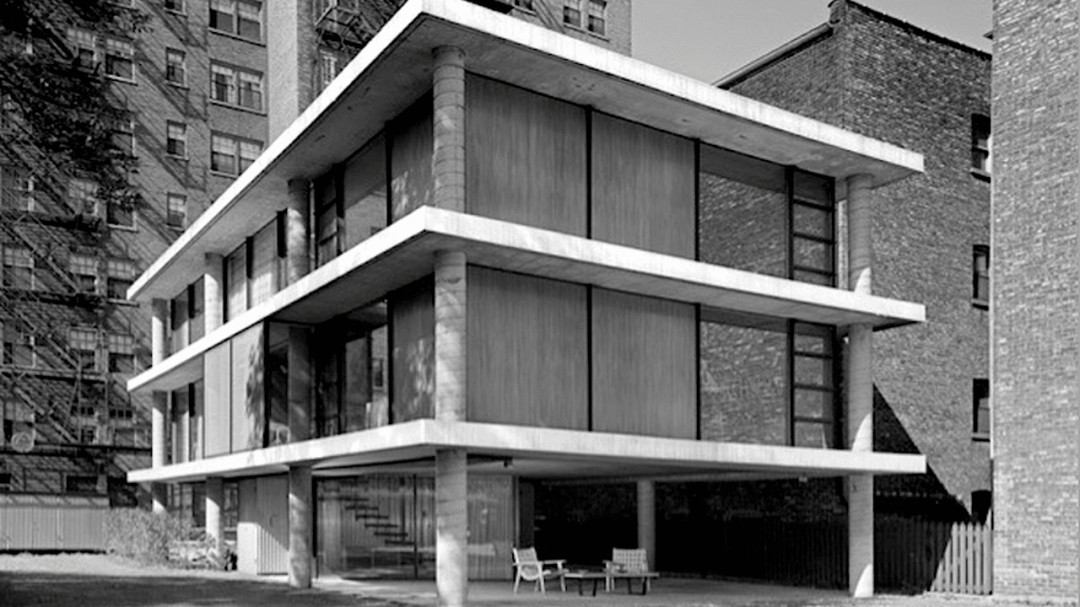 Modernism Week 2023
Michelangelo Sabatino and Susan Benjamin present Modern in the Middle, the first survey of the classic twentieth-century houses in the Chicago area that defined American Midwestern Modernism. 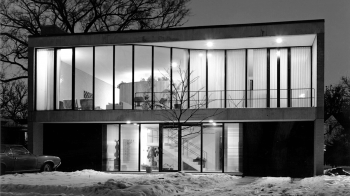 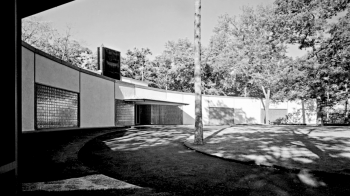 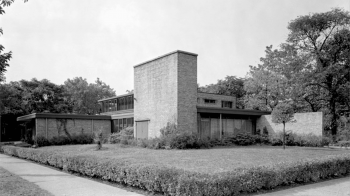 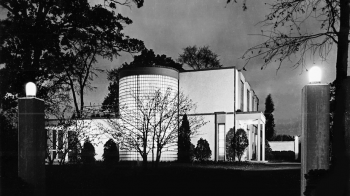 Modern in the Middle: Chicago Houses 1929-75 (Monacelli Press, 2020) explores the substantial yet overlooked role that Chicago and its suburbs played in the development of the modern single-family house in the twentieth century. In a city often associated with the skyscrapers that define its skyline and the outsize reputations of architects such as Frank Lloyd Wright and Mies van der Rohe, the examples presented expand and enrich the story of the region’s built environment.

Authors Susan Benjamin and Michelangelo Sabatino survey dozens of influential houses by architects whose contributions are ripe for reappraisal, such as Paul Schweikher, Harry Weese, Keck & Keck, and William Pereira.  The bold, early example of the "Battledeck House" by Henry Dubin (1930), John Vinci and Lawrence Kenny's gem the Freeark House (1975), homes designed by underrepresented groups, such as Black architect John W. Moutoussamy’s family home (1954), the Ruth Koier and Laurence Sjoblom House (1960) designed by Jean Wehrheim, one of the few women architects practicing at the time, and the Ming Djang and Chung Kuo Liao House (1966), designed by Chinese-American architect Y.C. Wong, and others demonstrate the importance to better understand and protect Chicagoland’s modern residential legacy. They also reveal how residential clients--typically middle-class professionals, progressive in their thinking--helped to trailblaze modern architecture in America. Though reflecting different approaches to site, space, structure, and materials, the examples discussed reveal an abundance of astonishing houses that have never been collected into one study--until now.

MICHELANGELO SABATINO directs the PhD program in architecture and is the inaugural John Vinci Distinguished Research Fellow at the Illinois Institute of Technology. As an architect, preservationist, and historian, his research broadly addresses intersections across culture, technology, and design in the built and natural environment.http://michelangelo-sabatino.com

SUSAN BENJAMIN is a noted historic preservationist and published architectural historian based in Chicago. Her office, Benjamin Historic Certifications, has initiated the landmarking of notable historic buildings of all periods, in Chicago as well as throughout Illinois. Benjamin lectures frequently on a wide variety of topics, from historic landscapes to Chicago's residential architecture of the nineteenth century to the present.


Things to Know
This event is for ages 12 and older.
Ample free public parking is available in the multi-level public garage across from the Palm Springs Art Museum.
The entrance to the Annenberg Theater is located behind the Annenberg Theater Box Office, adjacent to the Palm Springs Art Museum's North Parking Lot.
Handicap parking is available. This event is wheelchair accessible.
The organizer of this event is Modernism Week.